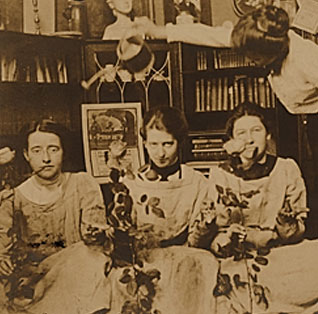 Three of the most prominent illustrators of the early 20th Century were bold female artists who lived together at their studio – the Red Rose Inn, in Villanova, PA.  Contemporaries of Howard Pyle, N C Wyeth, Norman Rockwell and Maxfield Parrish, they lived lifestyles representative of the feminist “New Woman” ideal that grew in the 1890s, having great influence on Women’s Rights Movements in the 20th Century.  Violet Oakley, Jessie Wilcox Smith and Elizabeth Shippen Green stand out as great artists of the Golden Age of Illustration and important feminists, establishing that women could become successful artists in a male-dominated business.  This program will explore the lives of these artists, their role in the feminist movement and their impact on illustration, art and the role of women who were inspired by their achievements.