“The Search for Petra, Jordan: The Rose-Red City Half as Old as Time” 2 Part Lecture

Lions Gate / Event  / “The Search for Petra, Jordan: The Rose-Red City Half as Old as Time” 2 Part Lecture 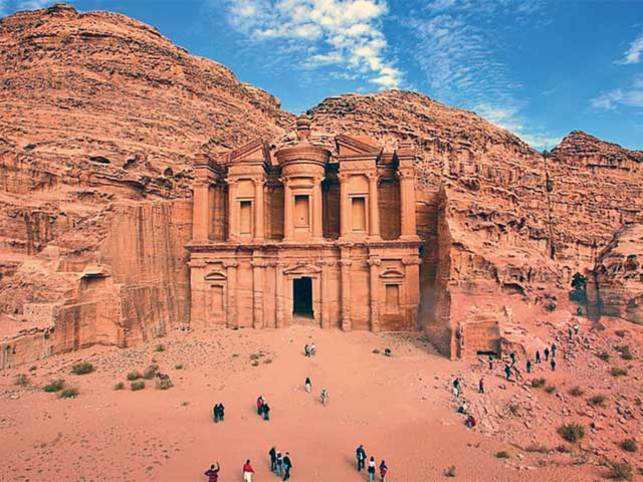 “The Search for Petra, Jordan: The Rose-Red City Half as Old as Time” 2 Part Lecture

“The Search for Petra, Jordan: The Rose–Red City Half as Old as Time” 2 Part Lecture

Nestled in a mountainous basin in a remote, rugged corner of Jordan lies the magnificent ruins of the ancient city of Petra, recently named one of the “New Seven Wonder of the Ancient World.” This richly illustrated PowerPoint presentation, incorporating photographs taken during my own archaeological excavation work and subsequent travels at the site, takes the audience on a virtual tour of this “lost” city that dates back more than

2,000 years. Petra served for a time as one of the major trading centers of the ancient world. It served also as a backdrop for a scene in “Indiana

Jones and the Last Crusade.” Petra was abandoned after a series of earthquakes in about 400 AD and was not “rediscovered” until 1812.  This virtual desert journey holds a special place for me, focusing on my personal archaeological training in Jordan. Is archaeology really like Indiana Jones?

We will also learn how satellites now are being used in archaeology – an emerging technology in archaeological research that recently led to the discovery an enormous, previously unknown, temple hidden in the sands just south of Petra itself!

Food in Ancient Egypt and the Mediterranean World