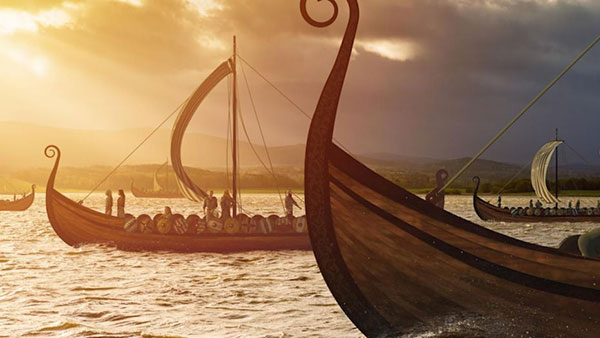 Viking culture, art, politics and mythology have supplied us with powerful images and folklore about plunderers, explorers and adventurers of pre-medieval times.  But the Vikings left us with a rich cultural history filled with art and artisans, political and social legacies that promoted democracy and women’s equality, exploration that covered the globe well before the Renaissance “Age of Discovery, as well as a populous that is truly responsible for the development of England. The Normans in France, who conquered England are descendants of the Vikings, and they had previously settled in England during the rise of Alfred the Great. This series explores the culture, art and social customs of the Vikings as well as the central role that they played in the histories of France and England.

Food in Ancient Egypt and the Mediterranean World